About three years ago, I was at work and noticed something moving in the parking lot. I went outside to take a closer look and it was a dog. This dog looked awful, it had one dread lock of hair and fleas all over its skin. The dog also was very skinny and 90% of her hair was missing. The poor dog looked like it had been on the streets for a few days. I brought the dog inside my office and started feeding her cheese, she acted like she hadn’t been fed in a long time. After giving her some food, I took her to the vet across the street and asked them if one of their dogs had gotten loose. The vet said that wasn’t their dog, but that dog didn’t look good and had been abused. They said she was very malnourished but they would treat the dog and take care of her. I donated 40 dollars and left. Later that day I went back to the vet to check on the dog and they had said a husband and wife came into the vet asking if they had seen a little tan shih zu dog. The vet had said no to this couple even though they knew the dog they were talking about was the one I brought in earlier that day. The vet didn’t do this to be mean, they did this because this dog was a puppy mill dog and it was being treated very poorly at the house of its old owner based on the condition this dog was in. The vet asked me if I would be willing to give the dog a better home and I said I would think about it. After thinking it over that night, I came to the conclusion that she needed a good home and I was going to give her it. I think this is an example of utilitarianism because I chose to save the dog rather then have it go to a shelter, where it most likely would not have been adopted because it was an older dog. In chapter two the book stated ” act utilitarianism, states that we must ask ourselves what the consequences of a particular act in particular situation will be for all those affected. If its consequences bring more net good than those of any alternative course of action, then this action is the right one and the one we should preform (Shaw 51).” I think adopting the dog caused the most amount of net happiness. The vet was happy this dog had a home, the dog was grateful to be loved and cared for, and I was happy I was able to save her life. The original owners may not have been happy that they were unable to find their dog, but it was to the benefit of everyone else that I took ownership of the dog.

Below is a picture of my dog who I named Tibby. The first picture is her about a month after adopting her. The other photo is one that i took of her this evening. 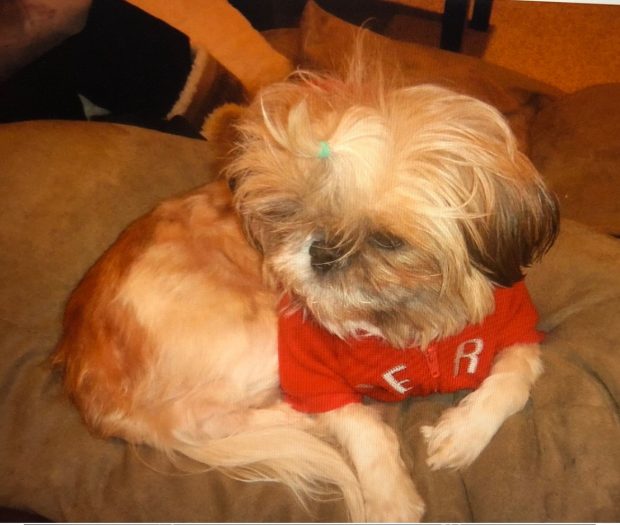 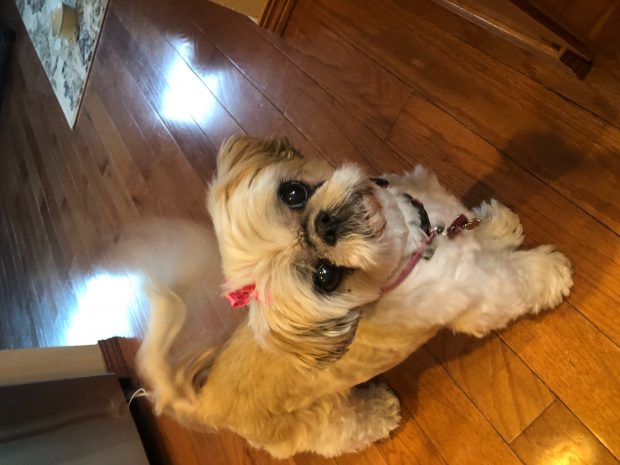 This is a great example of moral theories talked about in chapter two. You could have ended your good will by just taking the dog to the vet, which is a great deed in itself, but you decided to go above and beyond by bringing the dog home with you. Not only did you save to dog physically but you increased its quality of life. I think this experience can also relate to Kant’s moral theory about human/animal inherent worth and possessing the rationality of being treated with respect. You exhibited that by treating the animal with respect to save it from the streets. Kant also says, “only when we act from duty does our action have moral worth.” (Shaw 57). I think your moral worth was displayed from this example by continuing to take care of the dog and change the poor situation it was in, analyzing the situation and knowing you could increase its quality of life.

This was such a good read and I really appreciate the moral of your actions on to saving the dog’s life. I do think it supports the utilitarianism principle theory because your action produced happiness to the dog, the vet, and yourself. People who read this blog or heard about your story are probably happy as well for the things that you did for the dog. I also think that it also touches Kant’s moral theory because your actions do not determine whether what you did was right or wrong (Shaw, p56). For example, the original owners might think that you do not have the right to prevent them from getting their dog back since it is their dog and they have the legal right to claim it. However, your actions did produce a positive result for the dog, and thanks to that, you were able to save a life. Overall, this is one of the best blogs I have read so far, and very much supports the theory of utilitarianism.

Very sweet dog and one in which makes you happy to be a difference.